This month’s case study focuses on a 58-year-old male that presented with right buttock pain that was aggravated with exercise and walking for a distance of approximately 1-2 miles. He would develop weakness with right dorsiflexion and eversion.

There is no significant effect with crossed leg traction, nor is there any aggravation with elevation of the extended leg against resistance.

Further testing reveals no tenderness to palpation in the inguinal region over the obturator foramen. Additional examination in a standing position with palpation and percussion over the thoracic, lumbar, sacral and coccygeal spine is negative in the posterior pelvis.

In short, all negative on the left.

Based on this history, exam, data and findings, the patient was diagnosed with an ischial tunnel syndrome. These syndromes involve either the low ischial tunnels and are associated with hamstring attachment, or the upper ischial tunnel in association with the obturator internus tendon, or sometimes the mid portion ischial tunnel. This can also merely be a downstream irritative effect from the sciatic irritation arising at the level of the sciatic notch.

In isolation it usually can be treated directly as an ischial tunnel syndrome. In order to further confirm this and clarify the anatomy, the patient was referred for an MR Neurography study.

The MR Neurography findings demonstrated the piriformis muscles have marked asymmetry with the left side showing absence or atrophy consistent with the history of left piriformis resection.

The obturator internus muscles are also asymmetric in size with the right being significantly larger than the left. On the medial aspect of the obturator internus muscle on the right side, there is no significant venous dilatation to suggest spasm of the lower segments of the muscle. At the level of the sciatic notch, no anatomical variants are appreciated on the right. There is no division of the piriformis muscle into segments and no passage of major components of the sciatic nerve through the piriformis muscle and no division of the nerve by muscle fascicles.

The sciatic nerve itself does not demonstrate any significant irritative changes as it exits the sciatic notch; however, as it descends into the ischial tunnel, there is an increase in image intensity. In addition, the caliber of the nerve increases as it approaches the obturator internus tendon; however, just at the tendon there is a decrease in caliber and below the tendon a decrease in image intensity.

This will be consistent with an irritative change associated with compression at the level of the obturator internus tendon within the ischial tunnel. Distally the sciatic nerve normalizes, becoming isointense with surrounding muscles as it descends into the upper thigh.

Based on the physical examination and MR-Neurography findings, the patient proceeded with an MRI-guided injection with the anesthetic, steroid and hyaluronidase to try to achieve a therapeutic effect and diagnostic confirmation.

We had a very impressive response from procedure with significant improvement of his longstanding lower extremity weakness, which has been exercise-related for many years.

The patient had immediate improvements to all of his symptoms, most notably the return of function to his foot. He notes that pre-operatively, a three mile walk would’ve resulted in weakness in the foot. However, currently there is minimal aggravation.

If you are suffering from similar symptoms, we urge you to contact the Institute for Nerve Medicine by clicking here to contact us. We will respond to you as soon as possible with a follow-up. 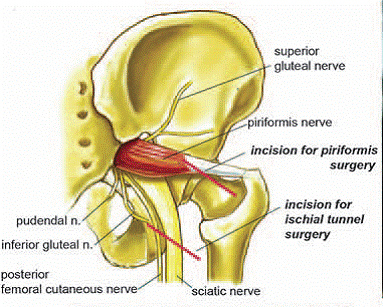 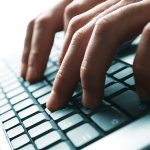 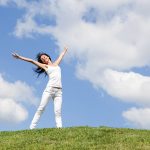