This example involves a 46-year-old female presenting with left buttock pain with numbness radiating down the lower extremity into the foot for the past three and a half years. The initial onset was following a combination twisting-and-pulling motion with heavy luggage. Since the onset she has had numerous treatments, including acupuncture, rhizotomies, physical therapy, epidurals and piriformis injections with no relief.

Specifics of her symptoms: She notes that her pain is located in a specific area of her left buttock, with similar milder symptoms on the right starting approximately six months ago. Additionally the patient reports numbness to her medio-anterior thigh, lateral calf and foot. She has increased pain with short-term sitting and any weight bearing to the left lower extremity. She also has increased pain with bowel movements, coughing and sneezing which will cause her to have nerve pain shooting down her left lower extremity. She notes that in the past 3-4 weeks she has had a significant worsening of her symptoms with no known relieving factors. Review of radiologic studies included a lumbar MRI scan which showed a lateral disc bulge at L4-5 on the left. At this time the patient reports that her pain level is a 10 out of 10 on the pain scale.

Physical examination and reproduction of symptoms: The patient underwent a physical examination in a sitting position at the hips for flexion, extension, abduction and adduction, were 5/5, without reproduction of symptoms. Additional directed exam in a supine position with straight leg raising, passive hip rotation, and resisted abduction and adduction of the flexed, internally rotated thigh led to severe reproduction of symptoms with straight leg raising at 20 degrees on the left. No effect with crossed leg traction. No aggravation with elevation of the extended leg against resistance. No aggravation with palpation in the area of the inguinal ligament and obturator foramen. Additional directed exam in a standing position with palpation and percussion over the thoracic, lumbar, sacral and coccygeal spine identified some low lumbar tenderness at the midline. There is also some moderate tenderness in the area of the sciatic notch on the left; none over the greater trochanter and none in the superior upper area of the buttock or in the medial or lateral aspects of the ischial tuberosity. Lumbar evaluation with forward flexion, extension twisting and lateral bending is overall negative.

Possible Diagnosis: Based on this history, exam, data and findings, there is evidence of a spinal- and possibly also piriformis-level problem. She has an anterior thigh pain, which is most likely to be associated with the lateral disc at L4-5 causing impingement of the L4 exiting root. The buttock and leg symptoms seem to be piriformis-related, but they could also reflect some L4-5 impingement on the traversing roots.

MR Neurography Results: The magnetic resonance neurography scan demonstrated that the lumbar and sacral spinal nerves are generally normal on the right side as they traverse the proximal and distal foramina. On the left side, however, there is increased image intensity within the L5 spinal nerve and some contact with a bulging disc laterally at L4-5. The exiting L4 spinal nerve demonstrates broadening and flattening in relation to a foraminal portion of the disc bulge at L4-5. In addition, there is asymmetry of the piriformis muscle and obturator internus muscle with a short segment of irritative change, mild to moderate in degree, at the level of the sciatic notch. This indicated both a lumbar and peripheral nerve pathology.

Interventional MR Procedure: In order to further investigate the lumbar versus peripheral nerve pathology, we proceeded with an interventional MR procedure focused on left piriformis, obturator internus, and L4-L5 transforaminal epidural. The procedure was effective in ensuring that the piriformis and obturator internus muscle had complete coverage of the medication. Following the procedure, the patient reported a significant effect for her anterior femoral pain however had no relief of the left lower extremity pain. Based on this, we proceeded with interventional MR left L4-L5 and L5-S1 transforminal epidural. This led to significant relief of all of the patient’s symptoms for 24 hours followed by partial relief for an additional 2-3 days, and then a complete recurrence. Based on the significant outcomes of the second procedure, the patient was recommended for a L4-L5 diskectomy for a lateral disc at the L4-5 impinging on the exiting L4 root and the traversing or transiting L5 root.

Conclusion: This was a complex case where the patient presented with both lumbar and peripheral nerve pathology for her symptoms. Locally she had been treated with both epidurals and piriformis injections to no avail. Through the technology utilized, MR Neurography and interventional MR procedures, we were able to localize the cause of her symptoms and eventually recommend the appropriate surgical approach when she had a short-term significant diagnostic response. 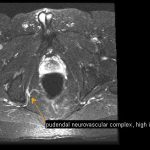 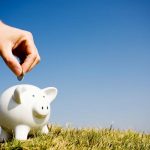 How much will this cost?News