This case features a 14-year-old female with reports of burning, stinging, shooting, pain and numbness in the pelvis.

The patient reports that the symptoms initially began after her 7th grade school year when she was participating in an extracurricular gymnastics competition. After a fall on the balance beam, she initially had pubic pain with frequent urination. The frequent urination resolved on its own after a few months. However, she continued to experience pain in the vaginal area, left greater than right.

She has been in physical therapy for almost a year with no improvement. For pain and inflammation, topical and ingested medications have provided no relief. A newly obtained MR Neurography study does demonstrate significant irritation in the pudendal nerve elements starting with the ischial spine and extending into the upper portion of the obturator internus muscle. Also, there is some mild vein dilatation and pudendal branch irritation. There is normal appearance of the S2 and S3 spinal nerves as they traverse the piriformis muscle.

Her pain is aggravated with activity, so she has had to reduce her tumbling and gymnastics squad participation. Due to increased pain with prolonged sitting, she was unable to complete her final week at school before the summer break. She has experienced significant change from being an active young person, and since January 2013, has developed worsening numbness/tingling symptoms which have no specific aggravating factors.

The patient and her parents are both worried that what was a traumatic injury is now becoming a chronic pain condition. Currently she reports her pain is continuous and ranges at an 8 out of 10 on a 10-point pain scale. The family is most anxious to reduce her pain level and to correctly identify the pelvic injury to prevent a long term nerve condition.

It is our impression that a Sciatic Notch Syndrome is responsible for pudendal symptoms. Based on specialized neurological data, an MRI-guided injection is planned to confirm the diagnosis and provide targeted therapeutic pain relief.

Procedure Performed: Open-MR image-guided approach for percutaneous chemomyolytic ablation of the left and right obturator internus muscles, with chemoneuroplastic treatment of the pudendal nerve and nerve to the obturator internus at the level of the ischial spine bilaterally.

Details of the procedure: Under IV sedation a number of image slices were obtained. Once appropriate image slices of the obturator internus at the level of the ischial spine has been obtained, the slices were mapped to the skin surface. X and Y coordinates for each entry point and each target were determined. Then a titanium interventional device was introduced and advanced gradually, first into the area of the obteratur internus muscle. Once a good location within the muscle was achieved, introduction of treatment agents was commenced.

The interventional device was repositioned several times during the course of administration to the ischial spine to achieve uniform distribution.

After the final injection was withdrawn, additional images were obtained to ensure adequate medication coverage of the surrounding tissue.

Post Procedure: The patient tolerated the procedure well. She experienced some mild incontinence following the procedure which resolved itself within a couple of days.

At present, the patient is approximately one month post open MRI-guided procedure. She reports temporary improvements in her symptoms and at this time she has noted reduction in numbness and tingling type pain. The patient’s parents state that they are happy to have a confirmed diagnosis and to have commenced a treatment program that is not causing further complications. They are especially pleased that multiple locations could be accurately treated without the use of harmful X-ray radiation to their daughter’s pelvis.

Current Update Status: The patient reports a decrease in urination frequency and sitting pain, allowing her to return to school on a regular basis. The patient would like to allow an additional 2-3 weeks to elapse to evaluate for any further improvements before considering an anti-inflammatory medication trial to resolve the burning and stinging pain symptoms. 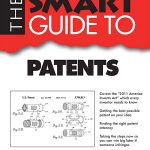 New Book from Dr. Filler: The Smart Guide to PatentsNews